The Edinburgh Graduate Theatre Group – The Merchant of Venice 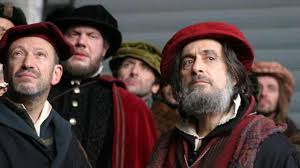 An exciting opportunity to see the renowned EGTG actors (not including Al Pacino) ahead of their sell out (well it was last year) Edinburgh Festival Fringe dates and RSC performance at the Dunbar Battery.
2020 Season

EGTG will undertake a modern take on this classic Shakespearean comedy of justice, mercy, revenge, love and friendship.

“Angela Harkness Robertson (A Number, The Merry Wives of Windsor) will direct Shakespeare in the Fringe for the second year running, bringing the political intrigue of The Merchant of Venice to The Royal Scots Club the first week of the Festival, in addition to a performance at The Dunbar Battery.
Bassanio wants to woo Portia, but having no money asks his dearest friend Antonio for a loan. Antonio’s money is bound up in ships at sea, but he urges Bassanio to get a loan and to use his name as surety. Bassanio approaches Shylock who agrees, though upon hearing that the guarantor is Antonio stipulates there will be no interest, but should he default the payment shall be made in a pound of Antonio’s flesh.“